Between the 20 and 23 of October, Madrid received a technical workshop hosted by the site Spanish GBIF Node on the Atlas of Living Australia platform. This was the second meeting scheduled under the project ERA-Net LAC PCA CoopBioPlat, which aims to promote the institutional cooperation based on biodiversity data portals at national level.

One of the goals of this project is to provide Portuguese translations of a set of essential documents that a newcomer country to the GBIF community will need. This includes documents to help promoting GBIF, to support a node establishment and setup, and to help data digitising and mobilisation projects by publishers. The other goal is to promote the engagement by African Portuguese speaking countries to GBIF through seminars to be presented, particularly, in Angola, Guinea-Bissau and Mozambique.

News on the project: 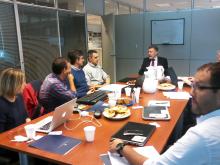 The first meeting of ERANet LAC PCA CoopBioPlat project was held in Buenos Aires from 9 to June 11 this year. This meeting served to draft the first version of the Memorandum of Understanding (MoU) to be agreed between the partners countries, and which is intended to establish an institutional agreement for cooperation on biodiversity data portals (at national level and based on the portal Atlas of Living Australia, ALA). The meeting was hosted by the Argentine Ministry of Science, Technology and Productive Innovation. 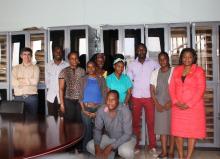 It took place between 18 and 27 March 2014 the second training on Specify 6 in Angola, this time in Luanda. The training took place in Herbário of the University Agostinho Neto, and was organized jointly by the Centre and Botany of that university and by IICT. The course also included a module for georeferencing of biological collections. The 11 students attending to this course are from the University and the Ministry of Environment. 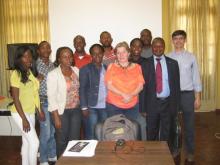 Between the 22nd and 24th of May took place in Lubango, Angola, the training workshop on Specify 6 database and Georreferencing o Biological Collections, Entre 22 e 24 de Maio de 2013, realizou-se no Lubango, Angola, o curso de formação em Specify 6 e Georreferenciação de Colecções Biológicas, attended by 11 participants from 5 Angolan institutions. The course was held at ISCED - Huila and was organized jointly between the ISCED - Huila and IICT.