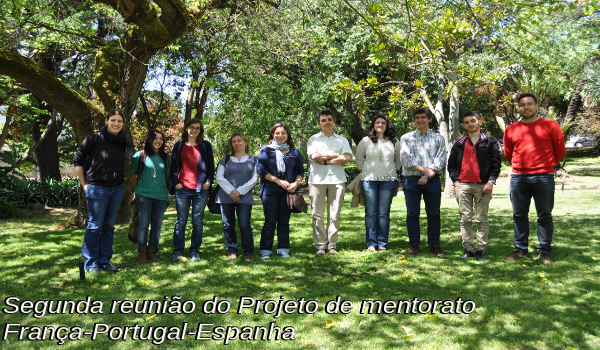 The Portuguese Node of GBIF hosted between the  28 and 30 of April at the Instituto de Investigação Científica Tropical (IICT), Lisbon, the second meeting of the GBIF mentoring project France-Portugal-Spain. The meeting aimed at exchanging experiences and expertise among the different nodes.


The GBIF Spain demonstrated the data papers e-learning training, based on the ATutor platform, through a practical exercise. The participants had the opportunity to build a sample data paper using the GBIF tool  Integrated Publishing Toolkit (IPT), which is used also to publish biodiversity data through GBIF. The GBIF Portuguese Node provies an IPT data service at http://ipt.gbif.pt to help the Portuguese data providers to publish their own data.


Data Papers are a relatively recent publication format, for publishing metadata of datasets, allowing a complete description of the data, increasing the possibility of indexing and discovery of data and allowing the good acceptance and recognition of their uses. GBIF established a close collaboration with the publisher Pensoft (www.pensoft.net) which has several scientific journals that include data papers, and with the new journal Scientific Data, from the Nature group (http://www.nature.com/scientificdata) to facilitate the data papers publication using the IPT platform. It was recently published the first data paper based on collection hosted by a Portuguese institution.


In the meeting it was also presented a revision of the options to publish data papers. In the context of data quality, the GBIF.PT node presented a practical exercise on the advantages of using the Open refine to verify data quality. Finally, the Spanish node demonstrated the use and advantages to GBIF nodes in using the Atlas of Living Australia (provided by GBIF Australia with the support from GBIF Secretariat).


All materials from this meeting and actions points to be undertaken until the next meeting are available in: http://www.gbif.pt/node/160


The next meeting will be held in Paris between 14-16 October, whose subjects will be the crowd-sourcing platform for cataloguing collections Les Herbonautes and the tool for spatial visualization of biodiversity data being developed by French node of GBIF.