Annual report 2013 of the Portuguese Node of GBIF 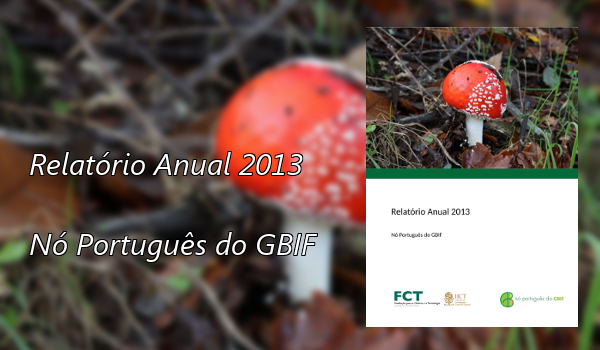 The 2013 annual report of the Portuguese Node of GBIF is available here (in portuguese).

Portugal joined GBIF in 2001, but only in 2013 it was possible to setup the Portuguese Node. This first year of work served to its implementation in four main pillars - infrastructure, data mobilization, training, cooperation. The actions developed at the national level in 2013 included:

Regarding cooperation with the CPLP countries, the first contacts were made in Mozambique to raise awareness about the importance of the participation in GBIF. In Angola, a contribution to the capacitation in biodiversity informatics was given, forwarding the plans of the country to become a member of GBIF, through training workshops about biological databases manager software.
During 2013, the Portuguese participation in GBIF was offered with the happy coincidence of the attribution to the Portuguese researcher Miguel Araújo, of the the GBIF Ebbe Nielsen Prize 2013 in recognition of his important contributions to scientific research in biodiversity informatics.
The report, in portuguese, is available here.