The first botanical collection of the Museu de História Natural, Universidade do Porto was published in GBIF 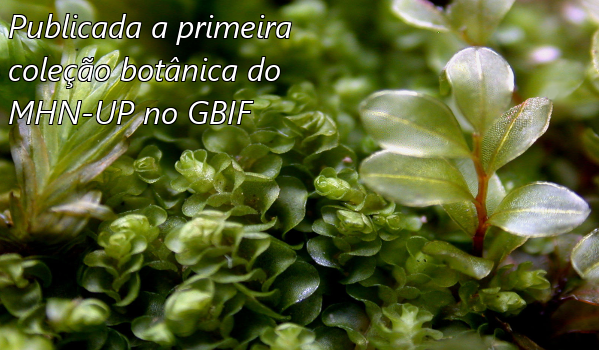 The Museu de História Natural of Universidade do Porto, as one of  the most recent national data providers, published there first botanic collection through GBIF. The “Colecção de Briófitas do Herbário do Porto (PO)”  contains a total of 7621 occurrences of which more than 99% are georeferenced. The data are available at IPT service of the Portuguese Node and through the international GBIF portal.


The Herbarium of Porto (PO) contains about 22000 specimens of bryophytes (including mosses, hepatics and hornworts), collected since 1837 by 61 differents collectors, who have been actively cataloged and digitized in the last years. Most specimens were collected in Portugal, but the Herbarium PO also includes a general collection of samples from various European countries and former colonies in Africa (Mozambique, Angola, São Tomé e Príncipe).

This dataset now available on GBIF has three independent collections. Highlights the historical collection of Antonio Machado, who published the first Bryophyte Flora of Portugal (1925-1933) and is reference collection in Europe containing type specimens. The collection of bryophytes of António Machado has 1591 specimens collected in Portugal, mainly in the northwest region; corresponds to 3 divisions (Bryophyta, Anthocerotophyta and Marchantiophyta), 174 genera and 401 taxa (species, subspecies and varieties), with the main collector António Luís Machado Guimarães.

The other two collections included in this dataset correspond to collections held recently in specific habitats (rivers and exposed rocky outcrops) during floristic and ecological surveys between 2002 and 2007. The collection of watercourses corresponds to a survey conducted by collector Cristiana Vieira in mountainous regions of Portuguese Northwest. This dataset consists of aquatic or semi-aquatic saxicolous taxa with 3033 entries. A collection of exposed rock outcrops corresponds to a survey conducted by the collector Helena Hespanhol on rocky surfaces, cracks and cavities of rock outcrops in the northern and central Portugal. In this dataset there are 2997 records that corresponding to two divisions (Bryophyta and Marchantiophyta), 74 genera and 128 taxa (species, subspecies and varieties).