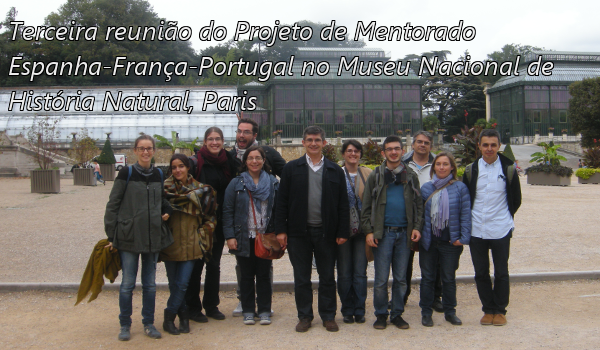 The Portuguese Node of GBIF participated at last 14-16 October at the Muséum National d’Histoire Naturelle in Paris in the third and final meeting of the mentoring project between France, Portugal and Spain, with the aim of exchanging experiences and expertise among the different nodes.

The main themes developed and discussed in this meeting were:

This last meeting was the culmination of a rich and constructive exchange of experiences and knowledge between teams from Spain, France and Portugal, which led to an improvement in capacity, and opened the opportunity for an ongoing and lasting collaboration between the involved nodes, and will also benefit to other members of the GBIF community on the covered topics with new or improved tools, documents, manuals and practical knowledge.

The program and presentations of the third meeting of the mentoring project can be found here as well as the action points to be followed by participants in the future. You can also find information on the other two meetings (Spain and Portugal) here.