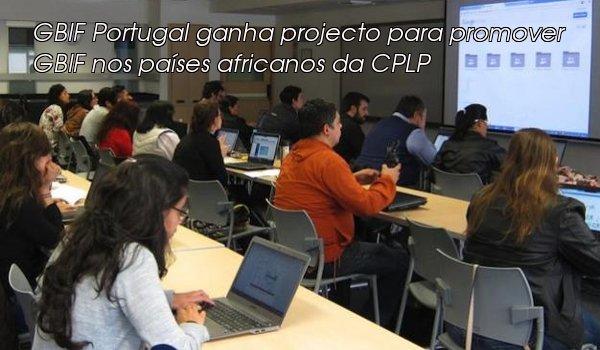 The GBIF Portuguese Node will be supported by GBIF to promote capacity enhancement and biodiversity data mobilisation in African Portuguese-speaking Countries. The project included the translation of manuals and other materials to Portuguese and the promotion of seminars about GBIF in Angola, Guinea-Bissau and Mozambique. The support it provided by the Capacity enhancement support programme, which will also fund in 2015 five other projects. GBIF Portugal is also involved in another proposal leaded by the Belgian Biodiversity Platform, aimed at documenting and translating the Atlas of Living Australia platform.

The GBIF Portugal project, which is promoted on the basis of long-term relationships that IICT, the hosting institution of GBIF in Portugal, develops with those countries, will make available Portuguese versions of key manuals and documents for the establishment of a GBIF node, and for the development of digitization and biodiversity data mobilization projects. The initiative will also promote seminars in Luanda, Maputo and Bissau, in order to raise awareness of the importance of sharing and use of biodiversity data published through GBIF, and the resources available for this purpose. The realization of the seminars have have expressions of interest from ISCED-Huíla (Angola), the University Eduardo Mondlane (Mozambique), and IBAP (Guinea-Bissau).<br><br>

The list of documents that are being translated is available at http://community.gbif.org/pg/pages/view/40647/projectos-de-traduo-em-and.... The materials already translated will be available on the GBIF website and on the GBIF Portugal site, with the full list available at http://community.gbif.org/pg/pages/view/40646/materiais-disponveis-em-po....

GBIF is an intergovernmental organization whose mission is to promote free and open access to biodiversity data via the Internet. More than 530 million records are currently accessible via the data portal at www.gbif.org, from more than 14,000 databases published by about 660 institutions. The Portuguese GBIF Node was established by the FCT at the Instituto de Investigação Científica Tropical ( www.gbif.pt ) through aprotocol(in portuguese) and is collaborating with national institutions for the provision of national and international biodiversity data.