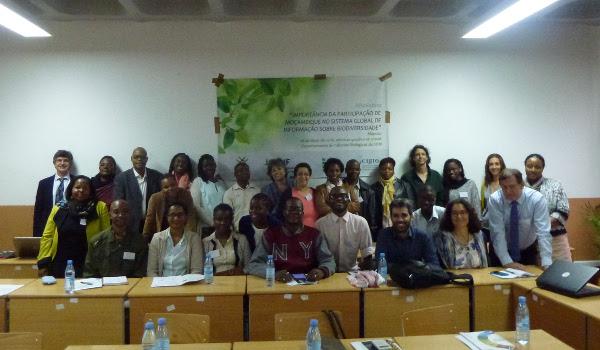 The importance of the participation of Mozambique in GBIF was the topic for discussion in a workshop held in Maputo, co-organized by the Eduardo Mondlane University (Department of Biological Sciences) and the Portuguese Node of GBIF. About 40 participants from universities, natural history museums, research institutes and Mozambican NGOs also gained better understanding about the objectives of the GBIF network, its operation and the requirements and implementation process of a national node.

In the workshop opening, Guilhermina Amurane, representing the Ministry of Land, Environment and Rural Development,made reference to the importance of platforms to information sharing and support biodiversity management. Tim Hirsch, deputy director of the GBIF, stressed how the GBIF streamlines and facilitates the mobilization and sharing of biodiversity data. He also stressed the importance not only of obtaining new biodiversity records in the field, but also make possible the availability of existing data. Emílio Mosse, Director of EMU Faculty of Sciences said the capacity and existing critical mass in EMU, which is the oldest university in the country.

After a general introduction to GBIF made by its deputy director, which included a reference to biodiversity information available through the portal www.gbif.org for Mozambique, it was presented by Rui Figueira, manager of the Portuguese GBIF Node, the mechanism that conducts to the creation of a national node, including the requirements, principles and capabilities. He also mentioned the various institutions that can carry out this role, including the advantages and disadvantages of each solution for the good performance of a node. This presentation was based on the guide Establishing an Effective GBIF Participant Node.

In the part devoted to the presentation by the Mozambican institutions, various institutions made reference to the activity carried out, with particular focus on cataloging and biodiversity data management. The institutions represented were the Natural History Museum, the Institute of Agricultural Research of Mozambique, the Herbarium and Botanical Garden of the EMU, the BioNoMo project, the Fisheries Research Institute, and the BIOFUND. There was also opportunity for a brief presentation on the portal GBIF.org, including search and access to species occurrence data.

In the afternoon session, a discussion about the process of creating a Mozambican node of GBIF was held, having been addressed the capacity components and functioning of institutions, funding opportunities, and the model for the constitution of a node. It was finally decided the creation of a working group, leaded by the UEM, with the participation of key stakeholders, which will develop and implement a roadmap for the future membership of Mozambique to GBIF, and the implementation of the national node. 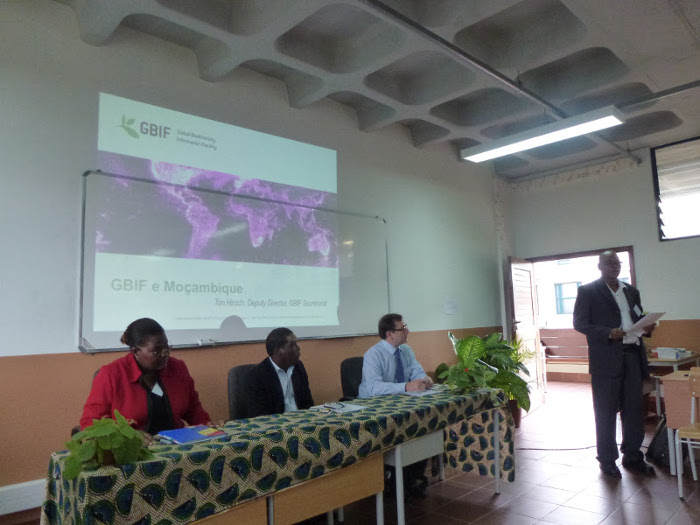 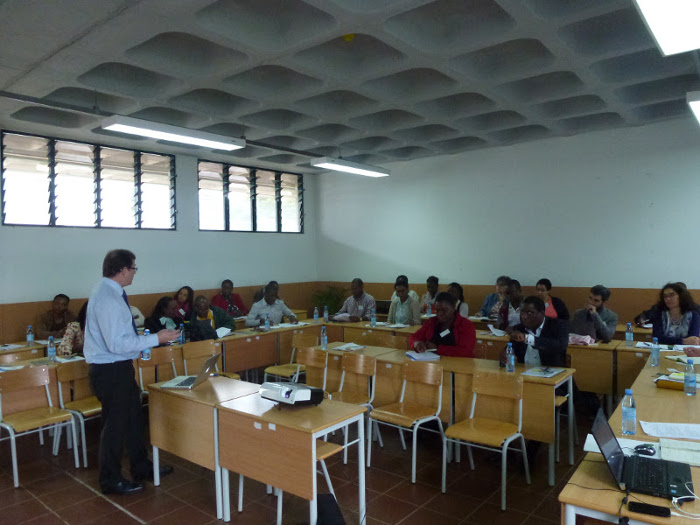 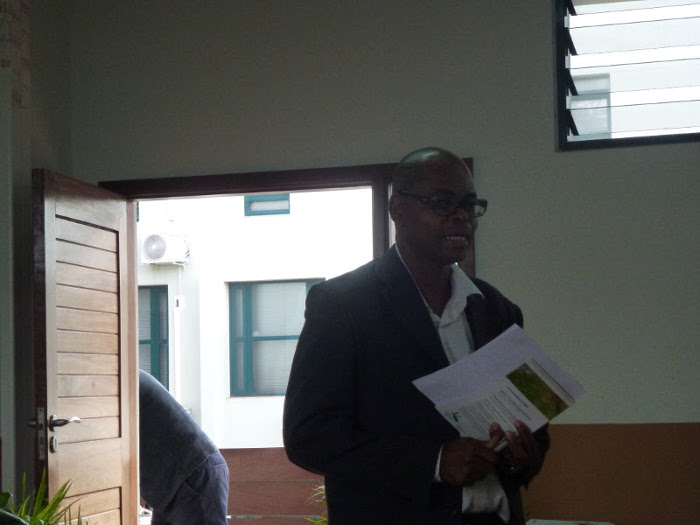 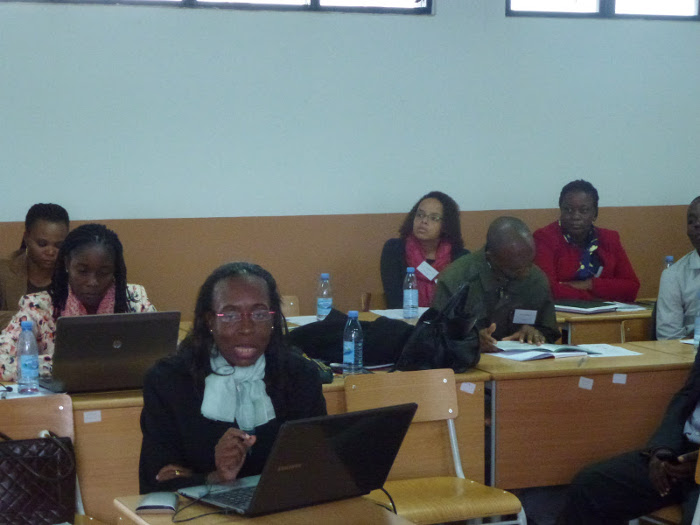 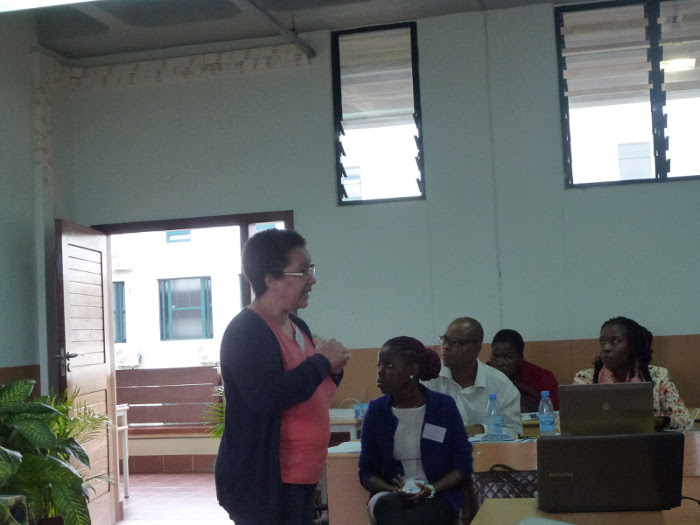 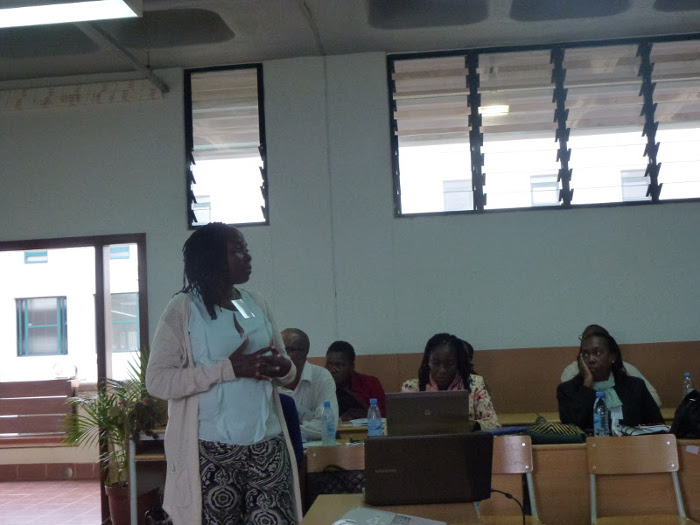 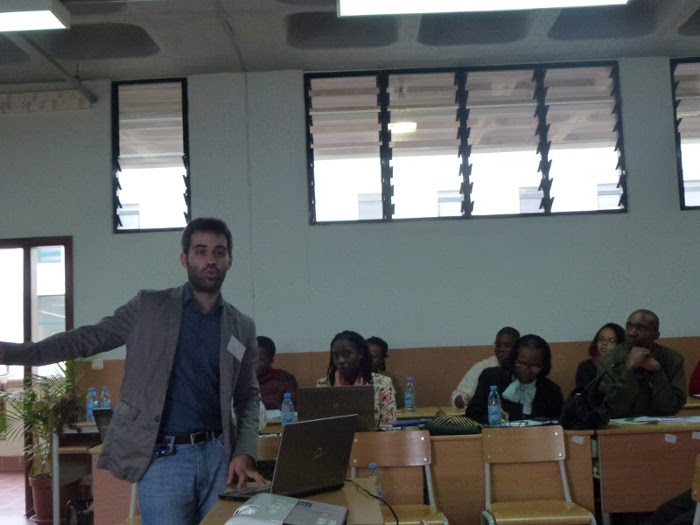 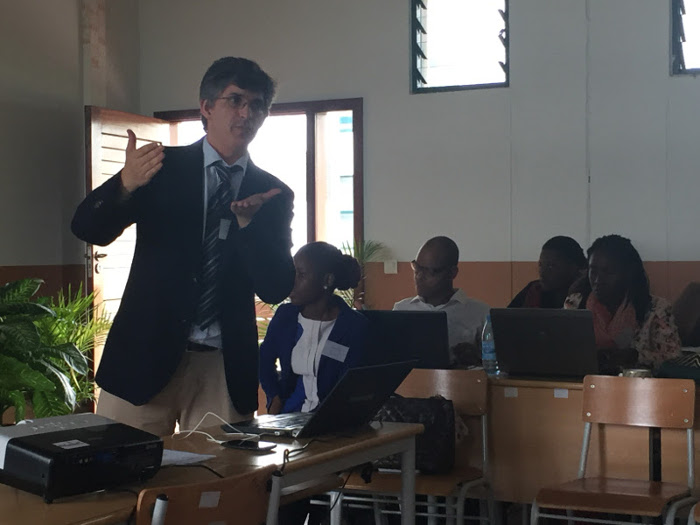