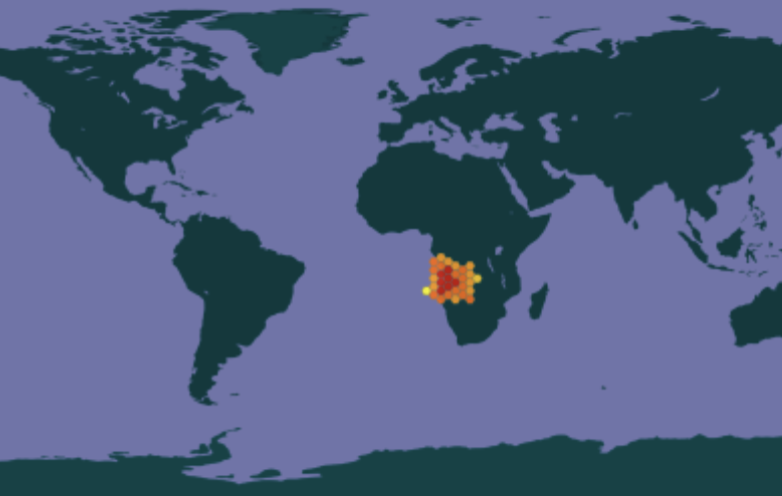 Angola is the most recent country participating in the GBIF network, which represents an important advance for the global knowledge on biodiversity. Angola is one of the most biotope diverse countries in Africa, with 15 ecoregions, being one of the most biodiverse countries in the world. Data sharing through GBIF will allow the development and enhancement of the role of local museum and herbarium collections, which should reflect the richness and biological complexity of the region, to support the advancement of knowledge in this African country. The interface that Angola represents between tropical humid climates, semi-desert and desert regions creates conditions for many habitats with many rare and endemic species, that are under various threats and pressures, and that could be better understood with the help of more data than can be accessed openly and freely, from anywhere in the world.

The collaboration between Angolan institutions and the Portuguese Node of GBIF began in 2013 and 2014, through the training courses in Specify 6 and Georeferencing of Biological Collections in Lubango and Luanda, with the presence of more than 30 participants from seven Angolan institutions. In September 2015, the Workshop Sharing of Scientific Data on Biodiversity was held in Luanda, in collaboration with the then Ministry of Science and Technology of Angola, associated to the project to Promote GBIF in Portuguese-speaking African Countries through documentation and seminars. In November 2018, the 2nd Workshop on the Sharing of Scientific Data on Biodiversity was held, organized by the Ministry and SASSCAL, within the scope of the BID Angola project, also with the collaboration of the Portuguese Node.