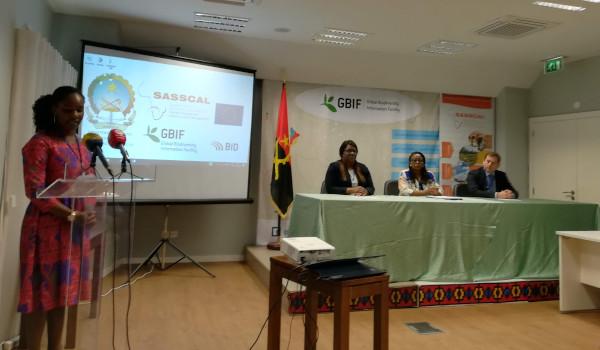 The Portuguese Node of GBIF maintains cooperation with the Government of Angola in supporting the process of preparing that country to become a member of GBIF. Responding to a request made by the Ministry of Science and Technology of Angola, two documents were prepared and sent to that ministry to support the process of creating the Angolan Node of GBIF, which are based on the reference document made available by GBIF for the creation of an effective national node. These documents are:

Additionally, the 2nd Workshop on Sharing Scientific Data on Biodiversity took place on November 8, 2018, in Luanda, and was organized by MESCTI of Angola and the SASSCAL - Angola program. This workshop closed the national IDB project in Angola Strengthening the institutional network in Angola to mobilize biodiversity data, also coordinated by SASSCAL. The Portuguese participation was dedicated to presentations on data sharing, on the IPT and on the documents previously sent to the ministry on the creation of a national node. In this workshop, an update was made by the Angolan institutions of the progress in training and data mobilization made since the first edition of the workshop, in 2015.