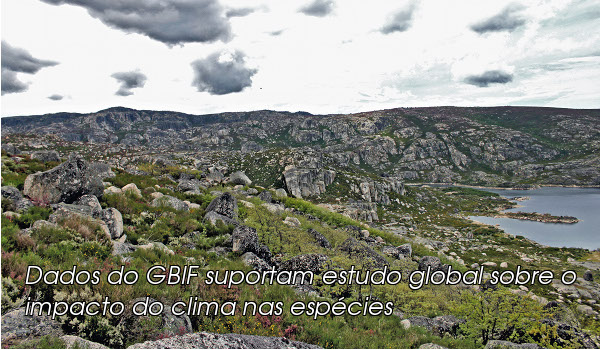 A recent study published in Nature Climate Change shows that loss of biodiversity will benefit from the mitigation of climate change effects. This work was based on GBIF mediated data from the distribution of about 50 thousand species, both animal and plants.
The team responsible for the study determined that in the case that no mitigation of the emissions of geenhouse gases measures are implemented, 57% of plants and 34% of animals which are common and widespread, will display a reduction of at least 50% in their distribution range, as it is determined by climate. However, with mitigation measures on, the losses in the distribution ranges will decrease in 60% from that "no policy" scenario, if emissions start to reduce in 2016, or 40% if that reduction is only observed in 2030.
The study was performed by reserachers from the United Kingdom, Australia and Colombia, and is based on the potential distribution quantification based on the principle of the ecological niche, which was defined from climatic variables like temperature and rainfall, and used scenarios for these variables for the calculation of future distribution of species.
A particularity of the paper is that it is centered on the distribution of common species, and not on threatened ones, for which a large number odf research is already available.
The complete citation of the paper is:
Warren, R. et al., 2013. Quantifying the benefit of early climate change mitigation in avoiding biodiversity loss. Nature Clim. Change, advance online publication. Available from: dx.doi.org/10.1038/nclimate1887.